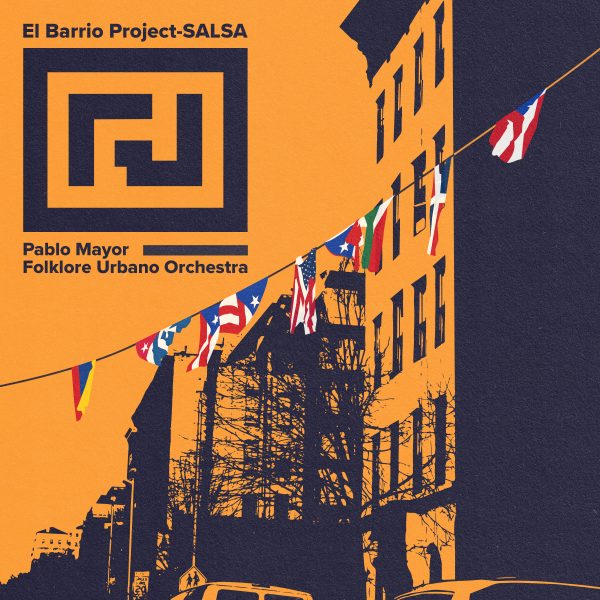 The album has ARRIVED!  Download the music and watch the video on the making of the album.

The complete album with digital booklet is available on bandcamp and iTunes (with bonus digital booklet) and the most important digital platforms!  Join the movement to unify across the globe!  Buy the songs! Share them, and dance along! Unite with us!!!!!!

Pablo Mayor, whose powerhouse orchestra has redefined modern Colombian music in the last decade, crosses cultural boundaries with his latest “El Barrio Project,” which takes his renowned band into the heart of NYC’s barrios (ethnic neighborhoods).   The music of the new production series is a metaphor for a NYC community with its diverse mash-up of peoples,  exploring themes of culture, immigration, tradition, and love.

With “El Barrio Project-SALSA”, Folklore Urbano’s latest album, Pablo Mayor and co-executive producer and songwriter Nick Chavarria venture into the historic birthplace of salsa: Spanish Harlem and the Bronx, featuring Pablo’s renowned arrangements and collaborative work with songwriters Nick Chavarria, Ricardo Gautreau, and an icon of the historic era of NYC salsa “Chino” Melao.  This is #GlobalSalsa, Folklore Urbano NYC’s most danceable album yet, with new guest vocalists and instrumentalists, in a more salsa-oriented set-up.

El Barrio Project-SALSA crosses continents and cultures with Parisian salsa singer Laurent Hounsavi, originally from Benin, West Africa, who draws a direct line to the rich African heritage of the music of salsa.  The 14-piece orchestra also features on vocals Puerto Ricans Jainardo Batista and Deborah Resto.  Puerto Rican/Cuban Maestro Oreste Abrantes drives the rhythm section, with legendary Rúben Rodriguez on bass, Pablo at the keys, and a horn section of some of NYC’s top jazz and salsa horn players.

El Barrio Project-SALSA premiered on-stage at Franklin and Marshall College’s Performing Arts Center in February 2020, and was scheduled to perform in May at the Highline’s Arriba Dance series, among other venues, until Covid-19 changed the world!  We look forward to sharing the production virtually until we can perform again in-person!

“El Barrio Project-SALSA“ is a collaborative production with Nick Chavarria, and other songwriters, and comes out of Pablo Mayor’s long career as pianist and arranger with the renowned Afro-Cuban charanga band Orquesta Broadway, and his more recent work as pianist with the folkloric Puerto Rican establishment Los Pleneros de la 21.

No products found which match your selection.